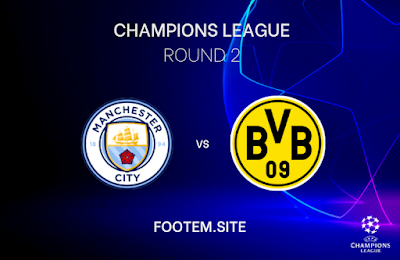 Manchester City will host Borussia Dortmund on Thursday, 14 September 2022, at 12:30 midnight. at the Etihad Stadium in a team meeting that boasted a perfect start to the Champions League group stage start.
Manchester City beat Sevilla 4-0 at Estadio Ramon Sanchez Pizjuan in their opening Champions League group stage match.
Erling Haaland stole the show with two goals. They are unbeaten in their last seven matches in all competitions (W5 D2 L0) ahead of the clash against Dortmund.
Dortmund won their opening Champions League group stage match, beating København 3-0 at home. Marco Reus, Raphael Guerreiro, and Jude Bellingham scored goals in the win.
Manchester City and Dortmund are first and second in the group, each with three points. Elsewhere in the group, København sits third with zero points. Sevilla is fourth with zero points.
The previous match between the two sides saw Manchester City come out top 2-1 in the Champions League quarter-final tie at Signal-Iduna-Park in April 2021. Riyad Mahrez scored the first goal for the England team in the 55th minute with a penalty. Phil Foden is also on the scoresheet.
Jude Bellingham scored the only goal for Dortmund in the 15th minute. Haaland has an early Champions League goalscoring advantage for Manchester City after scoring twice in their opener against Sevilla. With goals against Kobenhavn, Guerreiro, Bellingham, and Reus are the top scorers in the Champions League for Dortmund.
The hosts have scored in 18 consecutive matches in all competitions. They have scored in every game since their Champions League encounter with Atletico Madrid in April. Over six Champions League games at home last season, Manchester City was unbeaten.
Dortmund, meanwhile, has one win, one draw, and two defeats in their four European away fixtures.
The city has eight straight wins at home in all competitions. In their last six matches in all competitions.
Manchester City won four and drew twice. They scored 22 and conceded six during that period, scoring the first goal in five of the six contests. They scored eight goals in the first half, while their opponents scored four goals in the first 45 minutes.
Dortmund has won four and lost twice in their last six matches. They scored 10 and conceded seven during that period, scoring the first goal in four of six. They scored five goals in the first half, while their opponents scored three before half-time.
Next Post Previous Post
Champions League