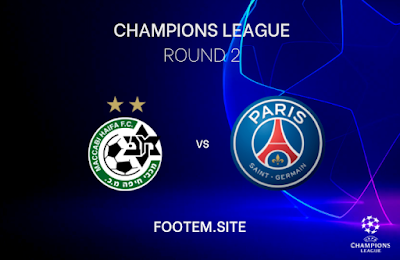 Israeli fans will get a chance to see football powerhouse Paris Saint-Germain — with global stars Lionel Messi, Neymar, and Kylian Mbappe — when Maccabi Haifa host the French side in the Champions League on September 14 at the Sammy Ofer Stadium.
Haifa was drawn on Thursday in Group H along with PSG and Italian side Juventus and Portuguese side Benfica.
According to the fixture list published Saturday by UEFA, Haifa will start their campaign at Benfica on September 6, before hosting PSG at home eight days later.
Next Post Previous Post
Champions League