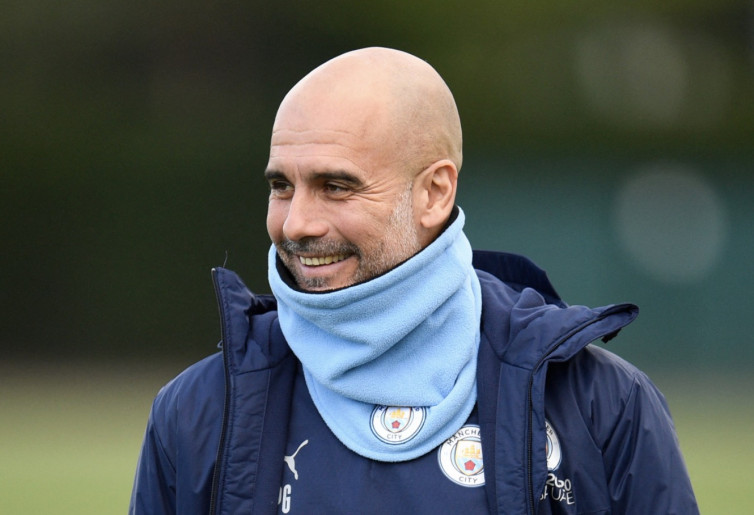 Manchester City coach, Pep Guardiola, eased the tension ahead of the 2021-2022 Premier League determination match. Guardiola actually joked that he wanted to invite Manchester United fans to join the title celebration party if the Citizens came out victorious.
Fighting to the end is the right word to describe the top flight of the Premier League. Manchester City and Liverpool elbowed each other until the final match.
Currently, Man City is one point ahead of Liverpool which is in second place. In the last match, Manchester City will play Aston Villa at home and Liverpool will host Wolverhampton Wanderers.
As a result, England was split into two camps. Some support Man City to be champions, while others are on Liverpool's side.
One of the people who are happier to see Man City win is believed to be the Manchester United fans. Because victory will makeLiverpoolequaled the acquisition of 20 titles for the Red Devils.
In response, Guardiola tried to relax. He joked that he wanted to invite Manchester United fans to celebrate the title.
"So Manchester United like Manchester City more than Liverpool? Oh my God, I didn't know that," Guardiola said at his pre-match press conference.
"Is it true? So, I was wrong when I said everyone in this country wants Liverpool to win," continued the former Bayern Munich coach.
"Welcome if Manchester United fans want to come with us to the road when Manchester City wins. However, they have to wear blue shirts," said Guardiola.
At the same time, Guardiola also expressed the hope that Manchester City can follow in his footstepsManchester United. He wants to maintain the dominance of The Citizens in English football for a long time.
"When it comes, people here say the Premier League is very difficult. That is the toughest part where different clubs win here every year," explained Guardiola.
"Only Sir Alex Ferguson at Man United has done it, three or four times, four in five years. When that happens you realize how big Man United was in that period."
"So, we almost did it and became part of it. We have to try to do it," said the coach.
Next Post Previous Post
News