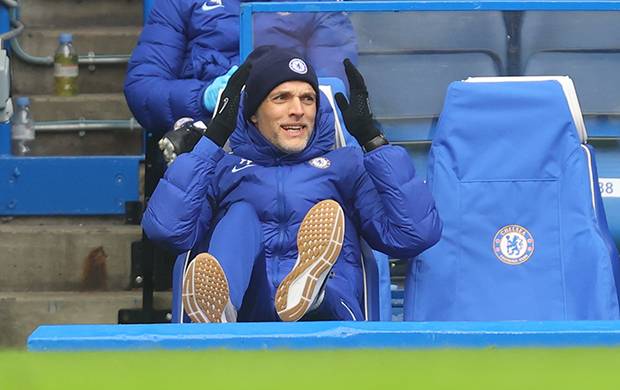 LONDON - Thomas Tuchel won his first victory as Chelsea coach. Against Burnley, his squad won two goals without reply. Entertaining Burnley at Stamford Bridge Stadium, London, Sunday (31/1/2021) local time, Chelsea immediately appeared ferocious. They thanked Caesar Aspilikutta (40 ') and Marcos Alonso (84') for their goals. Rows of Chelsea players who are ready to steal Thomas Tuchel's heart This marks Tuchel's first victory since he was trusted to take care of Chelsea. Previously, four days ago, Thuchel made his debut as a coach but Chelsea was held to a draw at Wolverhampton.
Tuchel said he was satisfied with the team's performance after their first victory as Chelsea coach. Although he admits that he still has a lot of homework to do, Tuchel does not hesitate to praise his adopted children.
"I am satisfied with the performance and strength in the team. This gives us additional confidence, "said Tuchel quoted by BBC Sports, Monday (1/2/2021).

2 - Thomas Tuchel is the first Chelsea manager to keep a clean sheet in each of his first two Premier League games in charge since Rafael Benitez in November 2012. Foundation. pic.twitter.com/rdEDRIVRI9

With this victory, Chelsea are seventh in the 2020/2021 Premier League. They have collected 33 points from 21 matches - 11 points behind Manchester City who stand at the top.
Next Post Previous Post
News