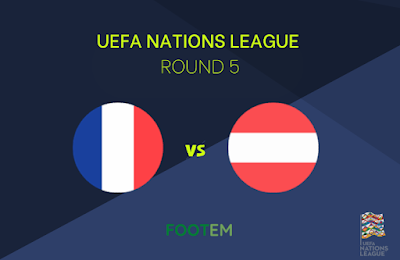 France Vs Austria Preview which will take place on Friday, 23 September 2022. at 12:15 midnight IST. which will be held at the Stade de France Stadium, Saint-Denis.
The international break features a string of UEFA Nations League games this week as France takes on Austria at the Stade de France, both teams have a lot of work to do ahead of the FIFA World Cup and will try to make the most of this match.
Austria is currently in third place in UEFA Nations League Group 1 and has been inconsistent so far this year. the away side suffered a 2-0 defeat at the hands of Austria in June this year and will have to work hard to bounce back in this clash.
France on the other hand, are bottom of its group at the moment and has been very poor in this edition of the UEFA Nations League. Les Bleus suffered a 1-0 defeat against Croatia in their previous fixture and have points to prove this week.
Next Post Previous Post
nations league