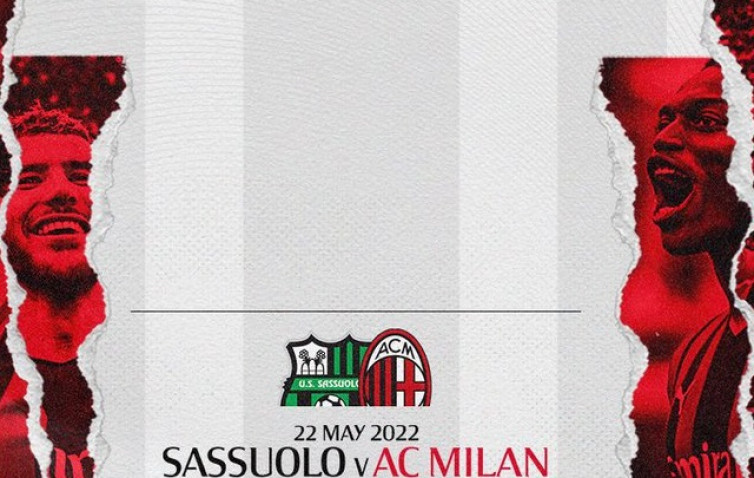 AC Milan will visit Sassuolo headquarters in the final match of Serie A 2021-2022, at Mapei Stadium, Sunday (22/5). The Rossoneri need just one point to seal the Serie A title.
Milan is currently two points ahead of Inter Milan who is in the second position. With that being said, Stefano Pioli's squad simply doesn't need to lose at home to Sassuolo to become Serie A champions.
Meanwhile, at the same time, Inter will challenge Sampdoria at the Giuseppe Meazza. The Nerazzurri are in a more difficult position because apart from having to win, they also expect Milan to lose. Because, if the points are the same, Inter will lose head to head with Milan.
However, Milan never looked down on Sassuolo in one eye. The Neroverdi have always won in the last two meetings against Milan. Remarkably, both matches were held at the headquarters of Milan.

AC Milan is in a state of readiness for combat. Based on the news circulating, no Milan players were injured.
Meanwhile, Sassuolo lost two players namely Jeremy Toljan and Abdou Harroun. Both were injured.
To break into Milan's goal, Sassuoloit is predicted the sharpness of Gianluca Scamacca, Domenico Berardi, Giacomo Raspadori, and Hamed Traore is predicted. The four players have slick cooperation.
Next Post Previous Post