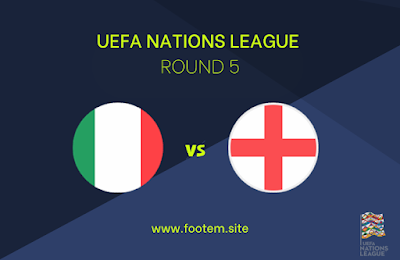 Italy Vs England Prediction in the UEFA Nations League match at the San Siro in Milan on Saturday, September 24, 2022. 12:15 midnight IST.
England is currently bottom of the UEFA Nations League group which would be an understatement.
If England fails to win in the UEFA Nations League against Italy, they will be relegated to League B.
Meanwhile, if Italy loses the UEFA Nations League match, they will be threatened with relegation as well.
Italy did beat Hungary in June in a UEFA Nations League clash but lost an embarrassing 5-2 against Germany in the last game.
On the other hand, England has also failed to win any of their four UEFA Nations League matches this summer.
They drew with Italy and Germany and lost to Hungary twice including a terrible 4-0 at Molineux.
England ended their UEFA Nations League campaign at home against Germany.
With these two games being the last for England before the Qatar 2022 World Cup.
The Three Lions will certainly try to get into the Qatar 2022 World Cup on a winning note.
England's 4-0 loss to Hungary was the worst of Gareth Southgate's government as a manager.
His side is now on a four-game winless streak, also their worst run under Gareth Southgate.
Italy's last four matches against England have ended in draws, including last summer's Euro 2020 final, which Italy won on penalties.
Since their victory at Euro 2020, Italy has won just three of 11 matches.
England, meanwhile, has won five of their ten matches.
Next Post Previous Post
nations league