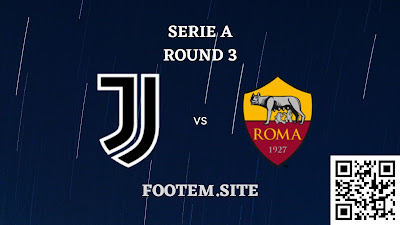 Roma will be looking to extend their 100% start to the start of the Serie A season ahead of their visit to Juventus on Saturday at the Allianz Stadium.
Roma's last Serie A game saw them win 1-0 over Cremonese at home, putting the visitors in third place with six points from two games. They have the same points as leader Napoli.
Juventus drew 0-0 in their last Serie A match at Stadio Comunale Luigi Ferraris against Sampdoria. The previous Serie A clash between the clubs saw Juventus win 4-3 at the Stadio Olimpico last season.
Paulo Dybala scored the first goal for the Bianconeri in the 18th minute. Manuel Locatelli, Dejan Kulusevski, and Mattia De Sciglio are also on the scoresheet. Tammy Abraham, Henrikh Mkhitaryan and Lorenzo Pellegrini scored for the Giallorossi.
Juventus have been better than Roma of late, unbeaten in their last four Serie A matches (W3 D1 L0). Roma is eyeing their first league win in a meeting between the two teams since August 2020.
The Bianconeri have beaten the Giallorossi 9-5 during their unbeaten run. Chris Smalling and Bryan Cristante have been Roma's main attacking threats, scoring one goal each.
Juventus is led by Dusan Vlahovic. The striker leads the club by two goals, which is the second-highest record in the league's scoring charts in 2022/2023.
Hosts Juventus won their only previous Serie A game at the Allianz Stadium this season. The Bianconeri are looking to extend their unbeaten run to four home matches (W2 D2 L0) since April 16 against Bologna.
Roma won in their only previous league game in their run this season. In two league games this season, Juventus have won one and drawn one. Roma, meanwhile, has two wins.
Next Post Previous Post
Serie A