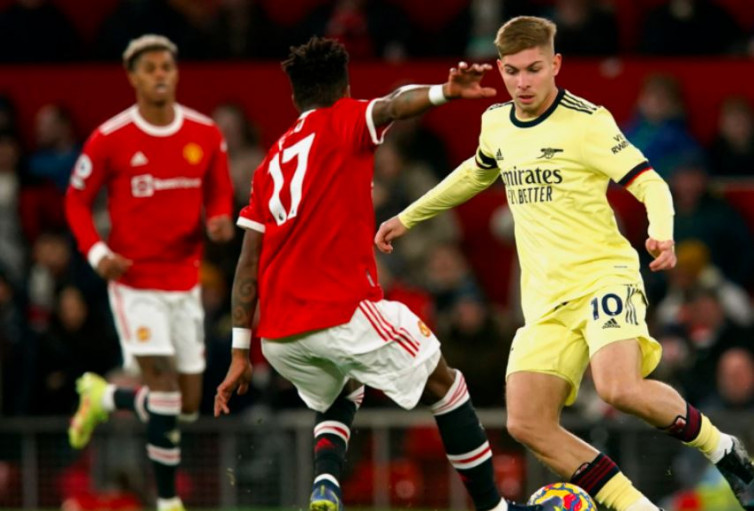 Now or not at all for Manchester United in the hunt for the big four. Red Devils will visit Emirates Stadium, Arsenal headquarters, Saturday (23/04) at 5:00 IST in week 34 of Premier League.
The momentum of both teams is different before the match later. Arsenal just bounced back from three defeats in a row and won 4-2 over Chelsea, while United collapsed after being beaten by Liverpool 0-4 at Anfield.
Arsenal has the determination to play better and United vice versa. Arsenal is currently fifth with 57 points from 32 games, while Man United is sixth with 54 points but has played 33 times.
No doubt the match will be the final for meMan United. Losing the match then United can say goodbye to the Champions League next season.

Arsenal still cannot be strengthened by Kieran Tierney and Thomas Partey due to injuries. Takehiro Tomiyasu's condition is also in doubt. Without them, Arsenal is still dangerous for Man United, especially since they are supported by the home fans.
Edinson Cavani, Luke Shaw, Fred, and Paul Pogba will be absent against Arsenal due to injuries. United's midfield is still short of players but they already have Scott McTominay back.

Mikel Arteta doesn't want to think about the chance to get rid of Man United from the big four-fight if he wins the game later. Arteta predicts the competition will still be very tight until the end of the season.
"I think there will still be a lot of competition. That's what we have to do, perform and play well tomorrow to deserve to win a game that I think will be difficult," said Arteta.
"I'm very happy with the options we have in front of us and we will try them, and try our best to try to achieve that," he explained.
Ralf Rangnick wants to see the reaction from United players after losing to Liverpool. Rangnick did not think about the big four because it was most important for him that United bounced back from defeat.
"I don't think it makes sense to speculate on how likely it is for us to finish fourth or anywhere, it doesn't make sense, after such an appearance at Liverpool. We just need to make sure we play much better, "Rangnick explained.
"This is the only way to deal with it. We need to get the best team on the field and play in a different way, with more confidence, more confidence, and more aggressive behavior on the field, a different performance. "