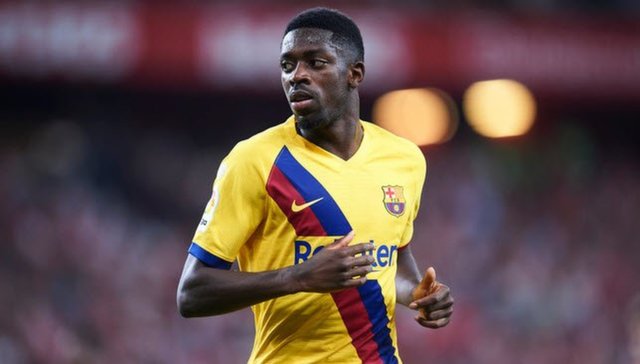 Past matches in the English Premier League and the Champions League have shown that Manchester United is in dire need of Frenchman Osman Dembele, the Barcelona winger, who does not get enough playing minutes with Barca.

The French striker was on the verge of moving to the Red Devils team last summer, but the player refused to take this step, preferring to stay to impress Ronald Koeman.


But it seems that Osman Dembele has changed his mind. As he is expected to leave Barca in the next winter of Mercato. especially since the Catalan team desperately needs to sell him in order to finance the Memphis Depay deal.

According to the Spanish newspaper "Mundo Deportivo", Osman Dembele refused to renew his contract with the Catalan team, and therefore Barca will sell him in the Mercato winter to get some money from his departure.

Dembele's contract with Barcelona expires in the summer of 2022, and Barca was hoping to renew his contract until its price rose slightly in the Mercato Stock Exchange. But the French striker has so far refused to enter into serious negotiations with the club.